At the start of this week’s webinar, Nick recounted an anecdote: When he first met Frank, of Fullbrook Nursery fame, Nick was busy collecting cards from eager prospective members of LNPG when this curious bald man kept pestering him about the huge opportunity that bushes presented.

An odd start, sure, but little did they know that this would be the beginning of a blossoming new partnership. A year in the making, this week was finally time to introduce our newest partner, Fullbrook Nursery, to the membership.

You can view the webinar in full above, or if you’ve only got a few minutes, scroll down to read some of the key talking points.

Hello, Is It Trees You’re Looking For?

Fullbrook has been brought on board because the garden is an area of the property that is often overlooked by landlords. You may be unfamiliar with Fullbrook Nursery, so let’s give you a few quick facts about them to start off with:

What really sets these guys apart though, is their passion for what they do, and most importantly for us – their ability to put members first and offer a bespoke service.

Introductions out the way, let’s get to know them properly.

Whether it’s for your own property or for your tenants – no one likes the feeling of being watched. An overlooking neighbouring property can very quickly turn your garden of Eden into Big Brother’s back yard.

With planning permission often restricting fence height, pleached trees can be a great addition to add an extra few feet. If you’re unaware of what pleaching is, it’s a method of training trees to produce a narrow screen or hedge, by tying in and interlacing young shoots along a supporting framework. Planted to solve a particular problem, but like many plants, the unique look of a row or two of pleached trees can also boost the visual appeal of the garden. 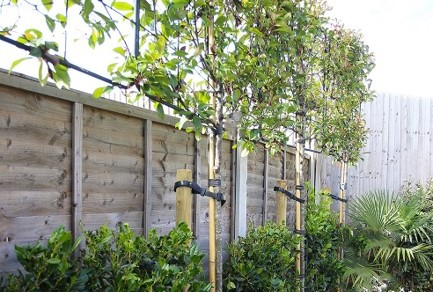 Fullbrook are masters of the difficult craft of combining aesthetics and practicality. Hedging is the primary focus of their first LNPG brochure (more on that later), as this is likely to be of major instant benefit to many of our landlords.

Making it sound a bit like computer software, Frank showed us an example of a hedge that had been ‘installed’ in a garden for a few months. Compared to walls and fencing, hedges are often the most visually appealing option, whilst also being cost effective. In contrast to fences, hedges are not damaged by turbulent weather conditions, meaning you don’t have to listen to calls from concerned tenants about disappearing fence panels. 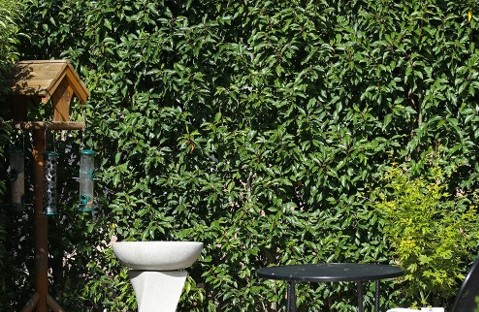 It’s all well and good having a garden that even Alan Titchmarsh would be proud of, but if you’re not actually living in the properties, what real benefit does this bring you?

If you’re unfamiliar with the term ‘kerbside appeal’, it means making properties inviting from the outside, in order to get people inside. Ultimately, it goes a long way in driving up the value of your properties, which will no doubt be in the landlord’s interest.

For obvious reasons, the front garden is more important for this concept, but it’s important to look after your rear-end too! How many of us have gone over to Google Maps to see what a property looks like in the flesh before booking in a viewing? Tenants are doing the same!

Kerbside appeal is shorthand for the first impression a property creates with potential tenants and buyers; in reality there’s never a bad time to have it in your focus.

The Keys To The Garden

Don’t be insulted that Fullbrook’s first LNPG brochure was described as an ‘idiots guide’. What we’re really saying is that anyone could understand it. Considering many landlords, us included, are unfamiliar with the topic, it was brilliant to see such rave reviews. One member described the brochure as ‘really impressive and very comprehensive’ and then went as far to say it was ‘the best partner brochure they’ve seen in layman’s terms’ – hearty praise indeed!

The key to the success of this brochure is in the key. Usefully, the brochure is very intuitive and has a key explaining each individual plant component of: Plant type, Root type, Final Height, Flower, and Minimum Quantities. That means you won’t need to brush up on your horticultural studies before giving these guys a call – the information’s all here!

And that’s your lot! You can learn more about Fullbrook Nursery here.